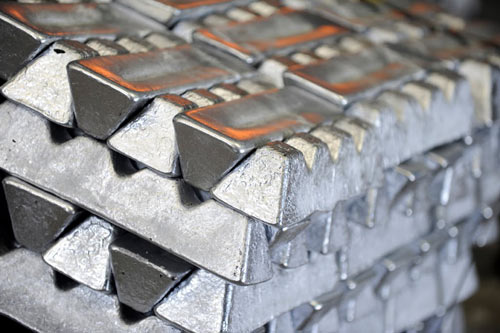 Aluminum is the most commonly revealed metal in hair tissue mineral analysis.  Everyone has at least a small amount in the hair.  Once you've been doing a Nutritional Balancing protocol for a few months, it is nearly always the first metal to begin mobilizing from the body tissues.  The detoxification of aluminum from the body often results in a great increase in health and well-being as it interferes with an unusually wide range of nutrients including magnesium, iron, manganese and zinc.

Aluminum detox is often a cause of numerous uncomfortable symptoms, more so than many other metals.  It is a common cause of chronic pain and releasing the metal can result in a temporary increase of pain. It often results in acute digestive problems that can make eating difficult at times.  It most often is irritating to the mind and can increase anxiety and insomnia as it moves through the blood on its way out of the body.

For most people, these symptoms will be mild or absent.  But for those with high levels of aluminum in the body, they can become very strong at times.  One of the very best ways to improve these symptoms in my experience is to use the Results RNA Advanced Cellular Zeolite.  In some cases, the relief is almost instantaneous. The amount required for best results is quite variable from person to person, so start with a lower dose and increase it until the desired effect occurs.

The most common source of higher than average amounts of aluminum in the body is aluminum containing anti-perspirants.  Rubbing those aluminum compounds on the armpit daily is similar to injecting it directly into the blood stream.  It is absolutely essential to find an aluminum-free deodorant to avoid the severe health consequences of aluminum toxicity.  It has an anti-cholinesterase activity and is used in anti-acids and anti-perspirants because it reduces peristalsis and sweating.

Although nearly all vaccines still contain ethyl-mercury, a few commonly given to young children have replaced the mercury with aluminum compounds.  Clearly, they still don't get it when it comes to heavy metal toxicity.

Aluminum constitutes between 8.4 to 14 percent of the earth's crust. Nearly everyone ingests 30 to 50 mg. daily of the metal. Normal excretion through the urine is 15 mcg. per day or more. Alumino silicates are in the air as dust particles and have been shown to travel directly to the brain from the olfactory nerve into the olfactory bulb. Much of the damage typical of Alzheimers disease is found in the olfactory regions of the brain. Autopsies of the brains of Alzheimers disease (AD) patients have invariably found concentrations of alumino silicates in cores of neuritic plaques. Alumino silicates are ubiquitous, comprising up to 14 percent of the earth's surface. But they are also found in talcum powder, asbestos, cat-box litter, cement, asphalt, volcanic rock, tobacco ashes and free-flowing table salt. Cigarette smoke has a large amount of alumino silicates.

Aluminum smelters, and coal and oil burning power plants release fine metallic particulates of a sulphate complex type of toxic metals.  These metals are easily absorbed into the blood, intercellular fluids, through the cell walls and even into the nucleus where they can affect the DNA. The gases are converted into aerosols by exposure to the sun, by condensation or by attaching themselves to other particles in the air.

Most toxic metallic particulates become more dangerous once those reactions take place.  The particulates can suppress all aspects of immune functioning, reduce cell-mediated and humoral immunity, depress phagocyte responses, increase susceptibility to infection, can cause cellular mutation and stimulate fibrillary tangles in the brain. Aluminum that has been inhaled and trapped in the lungs is then released gradually into the body. 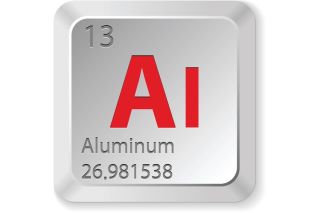 Even mildly elevated levels of aluminum can influence memory disturbances in adults as well as hyperactivity and learning disorders in children. When it is deposited in the gray matter of the brain, it will inhibit nerve transport, increase the breakdown of various neurotransmitters, and stimulate the production of harmful proteins. The consequences of aluminum deposits can include seizures, a decreased ability to learn, impaired motor coordination, memory loss, and even anxiety and psychotic reactions.

Giant cross-linked proteins are formed when molecular chains of polyvalent metals (which have more than one electrical charge in an atom), proteins and nucleic acids (either RNA or DNA) combine together with other long protein molecules. Cross-linked protein is no longer able to function normally and cannot be split or hydrolyzed as is usually done by enzymes present in the blood. This creates stiffness or brittleness in the tissues as the molecules become locked into position by the cross-linked proteins.

No matter how aluminum enters the body, it is dangerous for the brain. Patients who died of Alzheimers, Lou Gerhigs disease (ALS) and Parkinsonism with dementia have high aluminum and mercury levels.  It readily enters into cross-linkage within the body's proteins and acts to immobilize reactive molecules within the brain cells. It causes free-radical pathology inside neurons. Free radical damage of brain cells brings on molecular cross-linkage throughout the brains tissues.

The neurotoxicity is increased by intake of other metallic ions such as arsenic, cadmium, iron, lead, manganese, mercury or other toxic metals. A low intake of zinc contributes to retention of many heavy metals as well as a higher sensitivity to their effects.  When it replaced calcium in low amounts in in vitro neuron studies, the action potential was blocked, decreasing spontaneous nervous discharge and reducing nervous activity.

About 80% of aluminum binds to the chromatin (genetic material) in all cells but it induces changes only in certain vulnerable neurons, especially those with dendritic trees in the central nervous system.

Clearing aluminum from the body is well worth the trouble as it is often a cause or contributor to all types of chronic illnesses especially fibromyalgia, chronic fatigue, sleep apnea, hyperactivity and anxiety.

Release of aluminum and other heavy metals from the tissues is achieved by avoiding the various sources as best you can and enhancing cellular energy production by supplying nutrients required for the energy pathway.  Balancing the oxidation rate, enhancing the activity of the eliminative organs, especially the kidneys and the use of non-toxic chelating agents such as Vitamin C, promote the excretion of the metal from the body. Any therapies which improve the activity of the liver, kidneys, bowel and skin can be helpful.  Natural zeolite crystals such as Results RNA Advanced Cellular Zeolite, are particularly helpful for the discomforts of aluminum detox.

To release aluminum from the tissues, the need for this adaptation or crutch must be removed.  Nutritional Balancing protocols properly given based on a metabolic hair tissue mineral analysis, will balance the oxidation rate,  improve the adrenal function and increase the bio-availability of essential nutrients such as zinc, copper, iron, manganese and calcium allows the body to mobilize and excrete all types of toxicity.

As the Nutritional Balancing process continues, biochemical energy production in the cells is restored, and the body's natural ability to chelate and excrete heavy metal resumes.

Anxiety, insomnia, joint pain, muscle cramping, bladder irritation and digestive symptoms can occur as the aluminum is mobilized from tissue storage to be released through the kidneys. The Results RNA Zeolite is very helpful in improving detoxification and reducing the severity of any detox symptoms.  Extra magnesium is especially helpful when releasing aluminum.  Epsom salt baths can be very helpful.