This low carb cookbook and food allergy cookbook is my family cookbook. These are the foods I have developed over the years to feed myself and my family. They are the recipes that have stood the test of time and that have passed what I like to call the "teenage boy test". It is all about taste. I love food and have been cooking all kinds of diets and cuisine for many years. 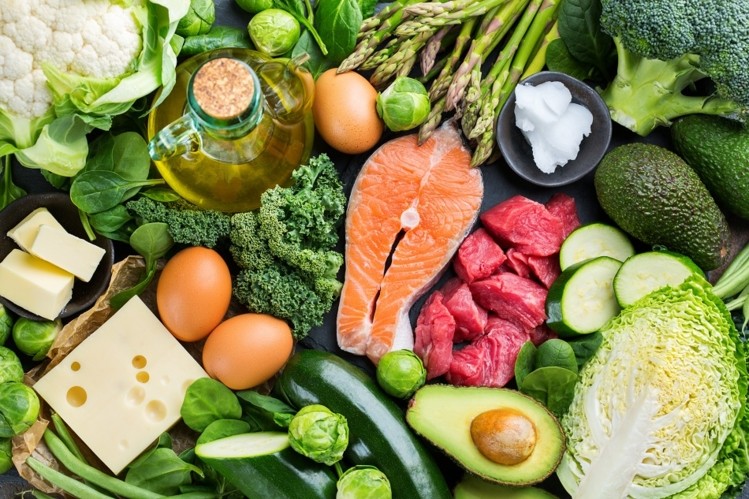 This is also my best effort at working within some definite limits such as food allergies to gluten containing grains such as wheat,spelt, kamut, rye, barley and oats, dairy intolerance, fast oxidation rates, glucose intolerance and hypoglycemia, hyperinsulinism and the related weight gain, candidiasis and a degree of chemical sensitivity have all set the boundaries within which these low carb recipes have had to work. That is why this is both a low carb cookbook and a food allergy cookbook.

Most low carb recipes contain common food allergens such as gluten flour, wheat bran and soy flour or powder. I developed these recipes while working to lose weight and recover from chronic fatigue. Because of this, I have received many requests over the years for my recipes from friends, family and patients who are struggling with similar issues.

One of the main issues for many people in low carb recipes and cooking is the use of various sweeteners. Luckily there are many choices now. My experience in ten years of low carb cooking is that there is no one sweetener that can give the clear sweet taste of refined sugar that we have become accustomed to. If the sugar in any recipe is replaced with only one type of sweetener such as xylitol, FOS, stevia, or others, the taste will be slightly off one way or another. That is why I always use at least two sweeteners and more often three.

I have found that combining them diminishes any one flavor while combining their sweetness to get the clean sweet flavor we are used to in desserts. In addition, using three sweeteners minimizes any of the concerns regarding them such as the laxative effect of sugar alcohols like xylitol, or aftertastes as in stevia. The amount of any one sweetener in the recipe and especially per serving is very small.

Actually, xylitol is classified as a sugar alcohol. No, it won't make you drunk, it's not that kind of alcohol and has no inebriating potential, but it will help with your blood sugar balance, your insulin production and with your over-all health. Xylitol is "wood sugar" found naturally in fibrous vegetables, fruit, and in various hardwood trees. In fact, the human body produces up to half an ounce of xylitol every day as a product of normal metabolism. Unlike sugar or other sugar substitutes like sorbitol, bacteria are unable to utilize xylitol for growth. As a result, while other sugars promote cavities, xylitol has actually been proven to prevent cavities. Xylitol is completely safe for humans. It has been extensively researched in more than a thousand published studies. Xylitol has been used as a sweetening agent in human food for over forty years and is approved for use in foods and oral health products in countries all around the world.

Xylitol is very useful for dental care. Clinical studies have demonstrated that the use of xylitol results in dramatic reductions in new tooth decay. There is strong evidence that xylitol arrests tooth decay, and even some reversal of existing dental cavities. These benefits appear to be very long lasting. Xylitol inhibits plaque and dental cavities by 80%. Xylitol retards de-mineralization, and promotes re-mineralization of tooth enamel. Xylitol protects salivary proteins and has a protein-stabilizing effect. As a result, xylitol improves mouth breath. In addition, xylitol reduces infections in the mouth and nasal cavities. Xylitol increases saliva production and relieves dry mouth.

There are people who will be sensitive to any sweetener no matter how good it is for others and I have seen there is no exceptions.  All of the sweeteners in my recipes may disagree with someone  The chickory root/FOS sweeteners such as Dixie Diner Sugar Not Spoonful, or Sweet Perfection, by Low Carb Specialties or others, are made of a sweet tasting fiber that is excellent for the gut flora (available at Netrition.com).  These are the best tolerated ones I have found.  Lo Han Sweet by Jarrow Formulas or erythritol  (which has a milder effect on the digestion for those with that problem) are other possible substitutes for the sweeteners in the recipes.

Erythritol is an excellent sugar alcohol that has no laxative side effects and no glycemic effect at all on the blood sugar. However, all sugar alcohols have a kind of cooling effect on the taste buds and erythritol has that effect more than xylitol or malitol. It is also the weakest in sweetening power. Used half and half with xylitol gives some of its benefits without the disadvantages in taste. In certain instances, xylitol must be used in the recipe because it will caramelize the way that sugar does whereas other sweeteners do not.

Xylitol, erythritol, and FOS/Sweet Perfection are all measured exactly like sugar in a recipe and can be substituted for each other very easily. One cup of each of them equals one cup of sugar in sweetness. Lo Han Sweet and Stevia powder are used in much smaller amounts to get a similar sweetening effect. The recipes will give you an idea of the proportions to use as each sweetener called for is equal to one third of the sugar that would normally be required in the recipe. Knowing this will allow you to convert your own favorites to sugar-free. And you should always sweeten to your own taste for the best results. 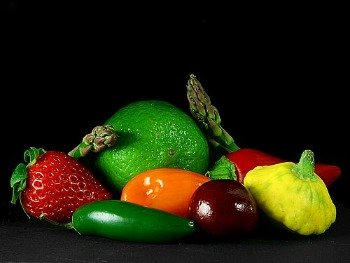 All of the recipes can be modified to suit your taste or ingredient availability. The breads rely heavily on almond meal but any other nut meal can be substituted for it in any recipe if you are allergic to almonds. The Pamela's Wheat Free Baking Mix is rice and almond based so if that is a problem, find a wheat free baking mix without almonds. I use small amounts of the baking mix to improve the cakey quality in certain desserts.

I use rice protein powder in certain recipes but if you are not sensitive to cow's milk, feel free to use whey protein. Once you have made a few of these recipes, you will understand how to convert your own favorites to low carb, wheat free, etc. Many of these recipes are converted favorites of mine.

The Benefits of Fat

These are low carb, gluten free, soy free, dairy free and sugar free recipes. They range from moderate to high fat. Hypoglycemia, hyperinsulinism, and fast oxidation all benefit from a low carbohydrate and higher fat diet.

Fat is the only major dietary component that does not raise the blood sugar and it will buffer the effects of carbohydrate and protein. Also fat is not a common food allergen for most people. These recipes would also be helpful for diabetics though they would have to be further restricted in some cases.

The combination of a low carb cookbook and food allergy cookbook is extremely rare. In fact, I have personally never found one which is why I developed my own by working with a wide range of recipes and converting them to ones I could eat.

Dr. Atkins' New Diet Revolution, by Robert C. Atkins, MD:  Get all the information needed in order to test your own carbohydrate tolerance in the original low carb diet book.

Atkins.com has a huge selection of great recipes but they often contain food allergens that may need to be substituted for.  However, many of their recipes do not have to be modified or are easily modified.

Over the years, the advantages of low carb or keto diets as they are called more commonly now, means there are more and more low carb recipes available online.


(As an Amazon Associate I earn a small amount from qualifying purchases.)

"Cholesterol is a fundamental component of every cell membrane in your body, and the precursor for all the steroid hormones in the body and even vitamin D.  Moreover, it's associated with a more than 70 percent reduced risk of dementia in the elderly.  Cholesterol is one of the most important biochemicals for healthy brain function and, indeed, for human health in general.  Cholesterol is so vital for brain health that even though the brain represents only about 2 to 3 percent of your body weight, 25 percent of the entire cholesterol content of your body is in your brain, where it performs critical roles to facilitate the brain's complex operations.  It also strengthens, nourishes, and protects brain cells, and helps clear away harmful free radicals.

The current was on cholesterol, especially as it relates to cardiovascular disease and risk for heart attack, is absolutely unfounded.  We desperately need cholesterol in order to be healthy.  In fact, every cell in your body manufactures cholesterol because it is so essential.  Research has already proven that people with the lowest levels of cholesterol have a significantly higher risk for depression, suicide, and, in the elderly, dementia and even death.  Some research indicates that in folks aged eighty-five or older, higher cholesterol is associated with extraordinary resistance to dementia.  And yet, the pharmaceutical industry would have you believe that cholesterol is your enemy and that you should do everything you can, including taking  powerful drugs, to lower the amount  of this pivotal chemical."