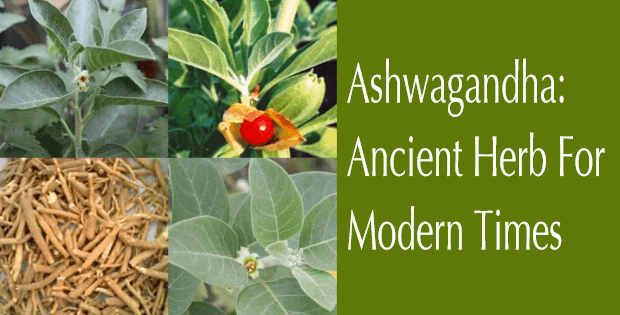 Is Ashwagandha The Cure
For The Modern Lifestyle?

Stress results in increased free radical damage to the tissues due to increased lipid oxidation and a reduction in the body’s natural anti-oxidants.  Ashwagandha normalized these effects under stress in a dose dependent manner.  This means that taking more ashwagandha, works even better. It reduced the brain cell degeneration that occurs with long-term chronic stress by 80% in lab animals.  In a five day trial, it had the same tranquilizing effects as Ativan®, a benzodiazapine tranquilizer, and improved depression to the same degree as Tofranil®, an anti-depressant drug.

Ashwagandha is an ancient Indian herbal tonic that is getting more and more attention for its remarkable benefits for stress, the nervous system and the brain.  Ashwagandha has been shown to protect brain cells against the damaging effects of stress, environmental toxins, and poor nutrition. In human trials it resulted in a 26% reduction in the levels of the stress hormone cortisol, a decline in fasting blood sugar levels, and improved lipid profiles.  Many of the adverse effects of stress are thought to be related to elevated levels of cortisol.

Researchers have also found that ashwagandha extract promotes the regeneration of damaged nerves including regeneration of axons and dendrites (the main parts of nerve cells), and the reconstruction of the synapses (the spaces where nerve cells communicate with each other).  Investigators concluded that ashwagandha extract helps to reconstruct the networks of the nervous system, making it a potential treatment for neurodegenerative diseases such as Alzheimer’s.  It also promotes the growth of normal nerves.

In a recent study using a standardized model of human Parkinson’s disease, ashwagandha extract reversed all the parameters of Parkinson’s-type neurodegeneration significantly and in a dose-dependent manner.  Ashwagandha extract inhibits acetylcholinesterase, an enzyme responsible for breaking down one of the brain’s key chemical messengers.  Current drug therapies for Parkinson’s and Alzheimer’s have a similar therapeutic action.

All of these proven benefits to body and mind come from real, high quality ashwagandha that has been properly prepared.  For a professional quality product to be sure you are taking effective ashwagandha, Life Extension Ashwagandha Extract Veg Capsules, 60-Count, is an excellent source.  (As an Amazon Associate I earn a small amount from qualifying purchases.) 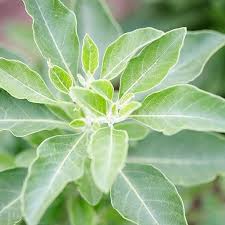 See the details of ashwagandha’s amazing properties below!

Scientists speculate that some of ashwagandha’s benefits stem from its antioxidant properties and ability to scavenge free radicals.

Other studies reveal that ashwagandha has antimicrobial properties, with antibacterial activity against potentially dangerous bacteria, including Salmonella, an organism associated with food poisoning. This activity was demonstrated in cell cultures as well as in infected laboratory animals.

Additional studies show that ashwagandha root extract enhances the ability of macrophage immune cells to “eat” pathogens, as compared to macrophages from a control group that did not receive ashwagandha.

Thanks to Dale Kiefer at Life Extension Magazine for this well-researched report. Read on for all the details…