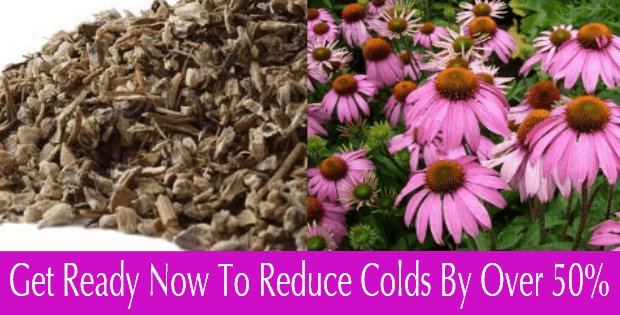 The oldest Native American use for echinacea was as a painkiller.  It has been shown by the University of British Columbia that when consumed regularly echinacea effectively reverses and alleviates various types of inflammation. The National Institute of Health reports that it can even help with uveitis, or eye inflammation.

Inflammation is a well-known contributor to all types of acute and chronic pain and echinacea is recommended for all types of chronic inflammation including rheumatoid arthritis.  Native Americans used it for bowel pain, headaches, pain due to herpes infections, pain related to gonorrhea,  measles, sore throats, tonsillitis and toothaches.  Given echinacea’s powerful benefits for infections, colds and flu, it is not surprising that it relieves the pain associated with infections of many kinds.

Echinacea is a wildflower native to North America and has been used for over 400 years as a medicinal herb by the Great Plains Native Americans. Prior to 1950 and the introduction of antibiotics, echinacea was an esteemed medicinal herb.  A study published in Lancet Infectious Diseases and conducted at the University of Connecticut, performed a meta-analysis study that evaluated the results of fourteen studies on the effects of echinacea.   This research determined that echinacea cuts the chances of catching a common cold by 58 percent and reduces the duration of the common cold by almost one-and-a-half days.

German researchers have found the extract of echinacea to have anti-viral activity against the influenza pathogen. It increases the number of phagocytes, which are the type of white blood cells that “engulf” microbial invaders such as the flu virus.  In Germany, dietary herbs are regulated by the government, and the above ground parts of the Echinacea purpurea species are approved as a natural remedy for urinary tract infections, upper respiratory tract infections, colds and for slow-healing wounds. 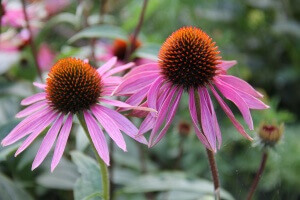 Echinacea's Many Healing Benefits
Only Come From The Genuine Herb

The chemicals contained in the root differ significantly from those in the upper part of the plant.  The roots have high concentrations of volatile oils, while the parts that grow above the soil tend to contain more polysaccharides that are known to trigger immune function.  Many of echinacea’s chemical constituents are powerful immune system stimulators including alkyamides, the constituents most effective at initiating an immune response.

Reasearch has also shown echinacea’s benefits as a natural cancer treatment, as a mild yet effective laxative, as a remedy for stings, bites, rashes and other skin problems, and more.  These remarkable health  benefits only come from real echinacea.

The University of Maryland Medical Center reports the results of a study that tested 11 brands of echinacea. The study revealed that only four brands actually contained what was stated on their labels! About 10 percent of these products had no echinacea at all, half of the products were mislabeled as the species of echinacea, and more than half of the preparations didn’t contain the labeled amount of ingredients.

Echinacea’s tremendous popularity has made it big business and there are many fraudulent products on the market now.  For a genuine, professional grade echinacea preparation, Gaia Herbs Echinacea Supreme Liquid Phyto-Capsules, 60 Count is a top quality liquid capsule that gives the benefits of a liquid tincture with the convenience of an easy to take capsule.  It is fast acting and very helpful when taken at the first sign of colds or flu.  It can also be used for regular consumption for more chronic conditions.  (As an Amazon Associate, I earn a small amount from qualifying purchases.)