Research Proves Ginseng
Really Is A Cure All 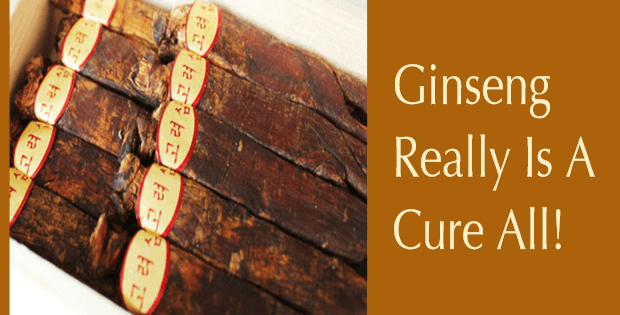 Panax means panacea, the healer of all illness, and if anything deserves that name it is Panax ginseng. Ginseng is the most famous and valued tonic herb in the world and for good reason.  It was the study of Panax ginseng that gave rise to the concept of an adaptogen.

An adaptogen is a substance that restores balance, known as homeostasis, to the body. Ginseng helps a person to adapt to all kinds of stresses.  Endurance and resilience under duress is the essence of adaptability.   All health is dependent on homeostasis and the ability to regain it after stress of any kind has disturbed it.  The pharmacological actions of ginseng are not just due to its own constituents but also depends on the condition of the body when it is consumed.

Adaptogenic action is called double-direction because it can do the exact opposite action if the body needs it.  Ginseng will raise low blood pressure in hypotension or shock, but will also lower it in cases of hypertension.  It will normalize white blood cell counts whether they are high or low.  It allows the body to recover rapidly from the effects of toxicity and has powerful anti-fatigue effects.  Many experiments have demonstrated its powerful ability to improve concentration, learning and mental focus due to its mentally energizing properties.  Ginseng is not a stimulant like caffeine, yet it increases alertness.

Ginseng improves hormonal function in many ways including its potent influence on the pituitary-adrenal system, the anterior and posterior pituitary, and the hypothalamus which is the regulatory center for the entire hormonal system.  It  is also a well-documented sexual tonic for both males and females. Ginseng treats sexual dysfunction, improves COPD, reduces blood sugar levels, prevents cancer and boosts the immune system.   The tonic benefits of ginseng are long lasting and will persist for several weeks after it is discontinued.

All of these proven benefits only come from taking real ginseng of high quality and that will cost more than the average herbal remedy. One of the best quality sources for ginseng is Dragon Herbs.  Ginseng Sublime from Dragon Herbs contains Heaven Grade North and South Korean Ginseng, certified by the respective agencies that control Ginseng in those countries. Ginseng Sublime also contains Heaven Grade Shu Chu Ginseng from China. Shu Chu Ginseng is the finest Ginseng cultivated in China.  Dragon Herbs has access to the best ginseng available in the United States including wild ginseng in limited edition tinctures.

The older the ginseng root, the more ginsenosides it contains and the more valuable it becomes.  Younger roots are cheaper but can have imbalanced chemistry.  These are the ones that can result in side effects such as headaches.  Truly wild ginseng is quite rare and expensive but can be found if you are willing to pay for it.   Ginseng Sublime, 2 fl oz (60 ml)  is a highly concentrated tincture made from the finest red Ginseng roots in the world.

Another excellent source of pure Korean red ginseng is Auragin Authentic Korean Red Ginseng.  Most products use chemical extracts to raise their ginsenoside content. Auragin doesn't need to. Because they use such high quality roots, they're more potent out of the ground than even most extracts. Why does this matter? Extracts disturb the natural ratio of ginsenosides, and remove many healthy parts of the root. This means they won't have the same effects on your body as whole ginseng roots. Auragin uses the whole root, unadulterated, so you can get the full benefits of ginseng.  (As an Amazon Associate I earn a small amount from qualifying purchases.) 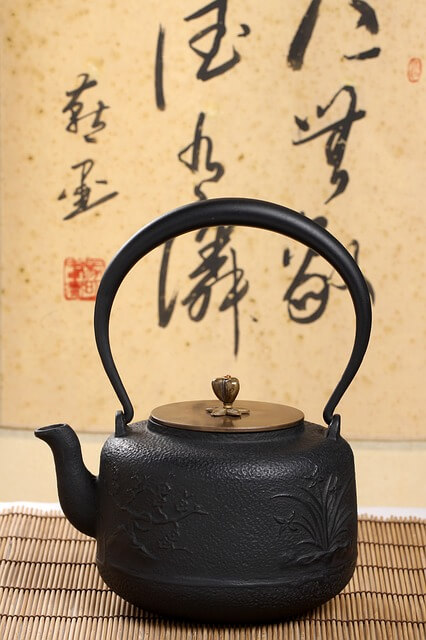 Read more about the proven benefits of Panax ginseng! Here are just a few of the hundreds of studies.

A study done at the Brain Performance and Nutrition Research Centre in the United Kingdom involved 30 volunteers who were given three rounds of treatments of ginseng and placebo. The study was done to gather data about ginseng’s ability to improve mood and mental function. The results found that 200 milligrams of ginseng for eight days slowed the fall in mood, but also slowed the participants’ response to mental arithmetic. The 400 milligram dose improved calmness and improved mental arithmetic for the duration of the eight-day treatment.

Another study done at the Division of Pharmacology at the Central Drug Research Institute tested the effects of Panax ginseng on rats with chronic stress and found that it has significant anti-stress properties and can be used for the treatment of stress-induced disorders. The 100 milligram dose of Panax ginseng reduced the ulcer index, adrenal gland weight and plasma glucose levels — making it a powerful medicinal options for chronic stress and a great ulcer natural remedy and way to heal adrenal fatigue.

Ginseng stimulates brain cells and improves concentration and cognitive activities. Evidence shows that taking Panax ginseng root daily for 12 weeks can improve mental performance in people with Alzheimer’s disease. One study done at the Department of Neurology at the Clinical Research Institute in South Korea investigated the effectiveness of ginseng on the cognitive performance of patients with Alzheimer’s disease. After ginseng treatment, the participants showed improvements, and this upscale trend continued for three months. After discontinuing ginseng treatment, the improvements declined to the levels of the control group.

This suggest ginseng works as an Alzheimer’s natural treatment. Although more research on this topic is needed, one preliminary study found that a combination of American ginseng and ginkgo biloba helps naturally remedy ADHD.

An interesting study done in Korea measured the beneficial effects of Korean red ginseng on children after chemotherapy or stem cell transplantation for advanced cancer. The study included 19 patients who received 60 milligrams of Korean red ginseng daily for one year. Blood samples were collected every six months, and as a result of the treatment, the cytokines, or small proteins that are responsible for sending signals to the brain and regulating cell growth, decreased rapidly, which was a significant difference from the control group. This study suggests that Korean red ginseng has a stabilizing effect of the inflammatory cytokines in children with cancer after chemotherapy.

A 2011 study published in the American Journal of Chinese Medicine done on rats also measured the impact that Korean red ginseng has on inflammatory cytokines; after giving rats 100 milligrams of Korean red ginseng extract for seven days, the ginseng proved to significantly reduce the extent of inflammation — the root of most diseases — and it improved the damage that was already done to the brain.

Another surprising ginseng benefit is its ability to work as a natural appetite suppressant. It also boosts your metabolism and helps the body burn fat at a faster rate. A study done at the Tang Center for Herbal Medicine Research in Chicago measured the anti-diabetic and anti-obesity effects of Panax ginseng berry in adult mice; the mice were injected with 150 milligrams of ginseng berry extract per kilogram of body weight for 12 days. By day five, the mice taking the ginseng extract had significantly lower fasting blood glucose levels. After day 12, the glucose tolerance in the mice increased and overall blood glucose levels decreased by 53 percent. The treated mice showed weight loss, too, starting at 51 grams and ending the treatment at 45 grams.

A similar study done in 2009 found that Panax ginseng plays a vital role in the anti-obesity effect in mice, which suggests the clinical importance of improving the management of obesity and related metabolic syndromes with ginseng.

Thanks to Dr. Josh Axe at Dr. Axe for this great report. Read on for more details…