Discover The Many
Benefits of Goldenseal 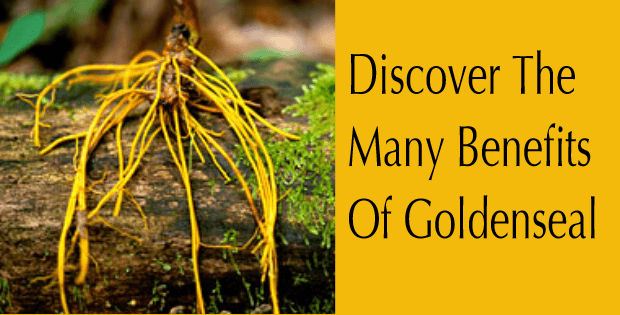 Goldenseal Root Does More Than You Think!

Goldenseal was a favorite herb with Native Americans. According to early accounts from the diary of Lewis and Clark made on their trip to Oregon, Native American doctors used the root for infections and as a wash for any kind of eye irritation or infection. This use is still common today, and the root powder simmered in water and carefully filtered is still one of the best treatments for pink-eye and other similar ailments.  Native Americans also used goldenseal for inflammatory internal conditions such as respiratory, digestive and genito-urinary tract inflammation induced by allergy or infection.

The Cherokee used the roots as a wash for local inflammations, a decoction for general debility, dyspepsia, and to improve appetite. The Iroquois used a decoction of the root for whooping cough, diarrhea, liver disease, fever, sour stomach, flatulence, pneumonia, and with whiskey for heart trouble. They also prepared a compound infusion with other roots for use as drops in the treatment of earache and as a wash for sore eyes. It was not until 1798 that its medicinal virtues began to attract the attention of settlers and the English.  By about 1850 it had became an important article of commerce.

Goldenseal can help control the inflammatory process. The immune system can actually be inhibited in its protective functions when inflammation is too strong. It can also help bring more blood into the micro-circulation in the areas that are infected such as the sinus cavities or urinary tract.

Goldenseal speeds up recovery from infection by bringing in more of the macrophages and helping to remove debris from the site.  Goldenseal tea is an excellent and effective douche for vaginal yeast infections.  Douche two or three times per day until the infection is gone.

Berberine promotes easier removal of the bacteria by inhibiting their ability to adhere to tissue surfaces. It is also anti-fungal and strongly anti-diarrheal. It aids against the infection of mucous membranes such as the lining of the oral cavity, throat, sinus, bronchial, genito-urinary tract and gastrointestinal tract.

According to recent studies, berberine improves diabetes, though it’s not understood why. A 2014 study concluded that berberine might also help lower cholesterol. Berberine also seems promising as a treatment for digestive and GI problems.

Goldenseal is a perennial herb in the buttercup family Ranunculaceae, and is one of the most popular herbs sold on the American market.  Goldenseal contains calcium, iron, manganese, vitamin A, vitamin C, vitamin E, B-complex, and other nutrients and minerals. The roots and rhizomes of goldenseal contain many isoquinoline alkaloids, including hydrastine, berberine, canadine, canadaline, and l-hydrastine as well as traces of essential oil, fatty oil and resin.

Goldenseal is often combined with echinacea to boost the benefits of each of them in shortening and clearing infections, especially respiratory infections.  Studies have found that a great many echinacea products do not contain the labeled product so be sure to use reputable products.  A professional quality and strength preparation is Gaia Herbs Echinacea Goldenseal, 60 Liquid Phyto-Capsules.   An equally excellent goldenseal root capsule is Nature’s Way Goldenseal Herb, 400mg, 180-Capsules. (As an Amazon Associate I earn a small amount from qualifying purchases.) 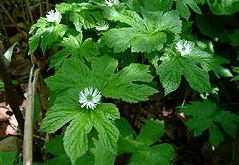 Learn more about how goldenseal and echinacea work together below!

Today, herbalists still widely recommend golden seal for many kinds of infections, inflammations and irritations of the mucous membranes. The mucous membranes are the “slime-producing” coating of our entire digestive tract, upper respiratory tract and urinary tract. They act as a protective barrier against bacteria, viruses and other kinds of mechanical irritation. When we have a urinary tract, upper respiratory tract or bowel inflammation or infection, it is mainly the mucous membranes which are first affected. Golden seal works well with these infections, bringing in more immune energy and increasing the micro-circulation to the “surface” (right beneath the membranes), which can help eliminate wastes and speed up the healing process. In Chinese medicine, golden seal is considered “cooling” because it lowers inflammation and removes heat.

Golden seal is also a good bitter tonic, and can help promote strong digestion and increase the production of enzymes and hydrochloric acid. However, it is important to note that some people can actually be harmed by golden seal, if they take it for too long a time or in too great a quantity—especially if they have weak digestion. I recommend two “00” capsules morning and evening around mealtimes for up to 10 days as a moderate dose.

So to summarize, golden seal is recommended for the following:

It is best to take golden seal for limited periods (not more than 2 or 3 ten-day cycles every few months), and to add herbs such as cayenne or ginger if one’s digestion is weak or cold.

How do echincea and golden seal work together as the dynamic duo? During a cold, flu or infection, especially of the mucous membranes, echinacea can go to work to activate immune fighters, such as macrophages. These important defenders work to engulf and rid the body of virus-infected cells, bacteria, toxic wastes—helping to clear the debris of an “immune battle” from the site. The purple cone-flower can also help strengthen a protective gel that surrounds many of the body’s cells, thus keeping invading organisms from gaining a foothold. Golden seal, meanwhile, can help control the inflammatory process if it gets too carried away—if there is too much heat, redness, or swelling. The immune system can actually be inhibited in its protective job when this happens. It can also help bring more blood into the micro-circulation in the areas that are infected, such as the sinus cavities or urinary tract. It can help the body go through the infection much faster by bringing in more of the macrophages (that echinacea is activating) and helping to remove debris from the site.

Thanks to Christopher Hobbs, Ph.D. for this informative report…