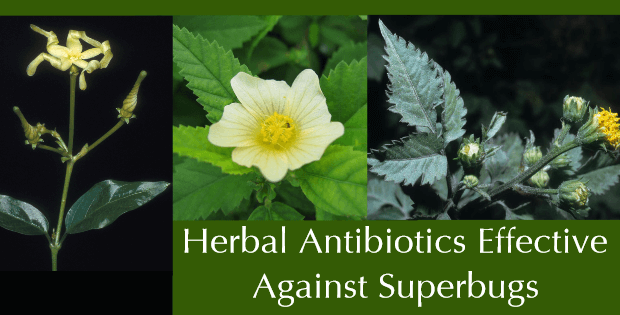 Resistance To Herbal
Antibiotics Is Impossible

In 1942, the entire supply of penicillin worldwide was only 64 pounds. By 2009, over 60 million pounds of antibiotics were being used per year in the United States alone.  Nearly 30 million pounds were used on livestock to promote growth and prevent disease on factory farms. These amounts are being used per year, every year. These millions of pounds of antibiotics never actually go away.

Antibiotics, in their pure or metabolized states, form a significant part of the waste coming from hospitals.  Millions of patients excrete millions of pounds of antibiotics into the sewage systems. They travel to sewage treatment plants and are relatively unchanged when released into our water supplies. The fairly recent discovery that all of the water supplies in industrialized countries are contaminated with minute amounts of antibiotics means that bacteria everywhere are experiencing low doses of antibiotics all the time. The more antibiotics that go into the water, the faster the bacteria learn.  The antibacterial soaps, mouthwashes and hand sanitizers that end up going into our water are also stimulating resistance among many classes of bacteria.

The commercial development of penicillin during the Second World War was a revolutionary development in modern medicine. After World War II, the use of antibiotics became more and more common.  Even in the early days of these miracle drugs, scientists and researchers expressed concern that the constant use of antibiotics would result in the development of new and resistant pathogens.  The discoverer of penicillin, Alexander Fleming, stated in an article in the British Journal of Experimental Pathology that numerous bacteria were already resistant to penicillin.  In 1945 in an interview with the New York Times, Fleming expressed his concerns that improper use of penicillin would eventually result in the development of new and resistant bacteria and pathogens.

The Future Is Here Now

The US Centers for Disease Control and Prevention (CDC) data show that two million American adults and children become infected with antibiotic-resistant bacteria each year.  At least 23,000 Americans die each year as a direct result of antibiotic-resistant infections.  Methicillin resistant Staphylococcus aureus (MRSA) kills more Americans each year than the combined total of emphysema, HIV/AIDS, Parkinson’s disease, and homicide.  Hospital-acquired resistant infections are the fourth leading cause of death in the US.  Marc Lappe, the researcher, pathologist and author of When Antibiotics Fail, writes that “the period once called the Age of Miracle Drugs is now dead”.

These victories were short lived and by 1999, only 54 years after commercial production of antibiotics began, the first staphylococcus bacteria resistant to all clinical antibiotics had infected its first three people. Originally limited to patients in hospitals, resistant strains, such as methicillin-resistant Staphylococcus aureus (MRSA), are now common throughout the world’s population.

According to Dr. Cyril Gay, the senior national program leader at the United States Department of Agriculture’s (USDA) Agricultural Research Service: “The loss of antibiotics due to antimicrobial resistance is potentially one of the most important challenges the medical and animal-health communities will face in the 21st century.”  Antibiotic resistance has also been declared “an increasingly serious threat to global public health that requires action across all government sectors and society” by the World Health Organization (WHO).

Antibiotic overuse is rampant. Inappropriate use and negligent disposal of antibiotics is also a major part of the problem.  Three of the primary sources of antibiotics entering the environment, the human food chain, and the human body are:  medical use, agriculture (both livestock and produce), and pharmaceutical processing plants dumping drugs into wastewater.

What farmers are saving on the front end by using antibiotics instead of costlier alternatives, Americans pay for on the back end, via exorbitant health care costs. As noted by Scientific American, “[R]esearchers estimate that antibiotic resistance causes Americans upwards of $20 billion in additional healthcare costs every year stemming from the treatment of otherwise preventable infections.”

In 2015, a report commissioned by UK Prime Minister, David Cameron, estimates that by 2050 antibiotic resistance will have killed 300 million people.  The annual global death toll could reach 10 million.  The global cost for treatment is estimated to hit $100 trillion by 2050. Health law expert Kevin Outterson told Scientific American, “You can look at antibiotic resistance as a slow moving global train wreck, which will happen over the next 35 years. If we do nothing, this report shows us the likely magnitude of the costs.”

Bacteria Are Essential For All Life

The bacteria that naturally colonize our bodies are friendly and required for so many essential life processes that they have been called a separate organ by many researchers.  These essential bacteria take up all of the space on and in our bodies upon which bacteria can grow. By doing so, they leave no room for other pathogenic bacteria to live.  All of our co-evolutionary bacteria generate antibiotic substances that kill off pathogenic bacteria. For example, the streptococcus species that normally live in our throats, produce antibacterial substances that are specifically active against the Streptococcus pyogenes bacteria that cause strep throat.

As children, regular exposure to pathogenic bacteria teaches our bodies and our symbiotic bacteria how to respond most effectively to disease organisms.  Research has continually shown that children who are “protected” from bacteria by being kept in exceptionally clean environments and constantly exposed to antibacterial soaps and wipes, are in fact much sicker overall than children who are not overly protected.  We need to come into contact with the microorganisms of the world in order to be healthy. 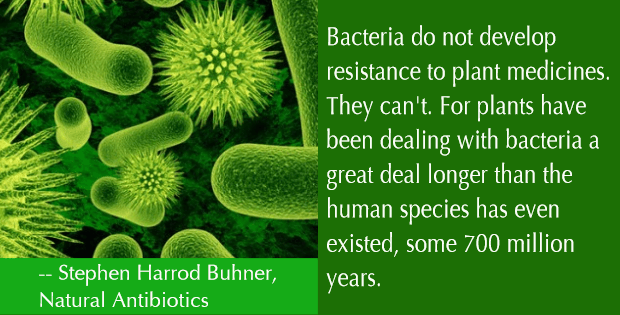 Resistance To Herbal Antibiotics Is Impossible

The chemistry of plant medicines is extremely complex, so complex that bacterial resistance cannot occur.  Instead of the so-called ‘silver bullet’ in the form of a single chemical, plants often contain hundreds or even thousands of compounds.  Plants have also developed their own sophisticated responses to bacterial invasion over millions of years.

During the past 15 years, nations in Africa, Asia, South America, those within the Russian sphere and countries in most of the old Eastern Bloc have realized that the medical model used by the West is unworkable.

Unlike in the United States, researchers in those nations aren’t exploring whether plant medicines work or spending time and money trying to discredit what they think is “primitive” medicine or unscientific quackery.  Researchers all over the world are exploring which herbal medicines work best, in what form and at what dosage.

Some good studies are being done in the United States, but their focus is on the identification of an “active” constituent in the herbs that can then be modified chemically, patented and subsequently produced by a pharmaceutical company for profit.  Virtually none of the US research supports the use of herbal medicines by the general populace or even by educated herbal practitioners.

Many resistant diseases such as staph are widely spread throughout the body.  They can affect internal organs and invade difficult to reach parts of the body.  To treat a systemic infection like staph, an herbal antibiotic that is systemically spread through the entire body is needed. Non-systemic or localized herbal antibiotics are good for treating resistant infections of skin, mouth and throat, urinary tract and the gastrointestinal tract.

Learn more about these herbal medicines of the future below! 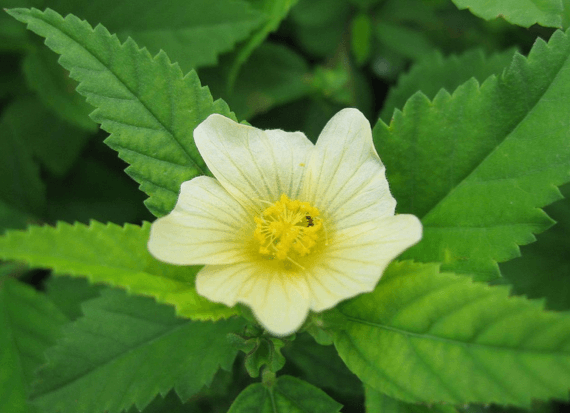 Sida (Sida acuta) is a member of the Malvaceae family which includes some better known herbs such as S. cordifolia (country mallow) and useful plants like S. rhombifolia (Cuban jute).  Sida acuta has many names including common wireweed, teaweed, ironweed, horn-beam-leaved sita, mornig mallow or broomweed.  Sida acuta and its many relatives grow throughout the world.  Sida acuta is the variety that has received the most study but related species including S. rhombifolia and S. cordifolia are showing similar degrees of effectiveness as they are being researched.

While still rare, Sida is available as a Sida Actuta Extract from sellers on Etsy. 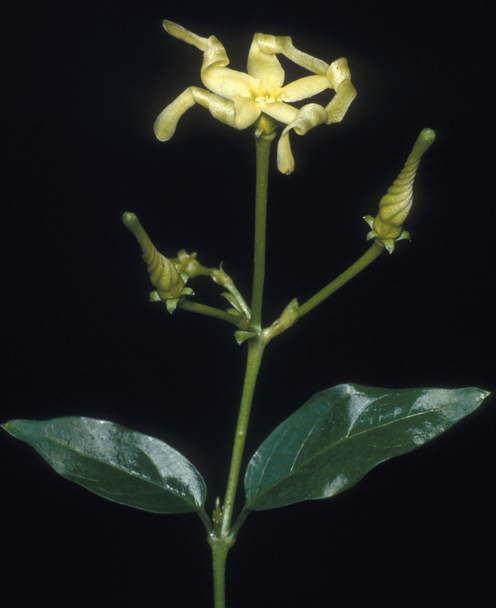 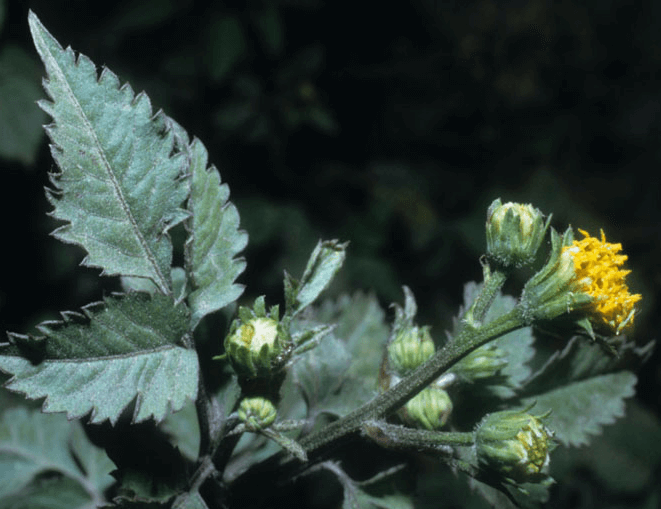 Bidens (Bidens pilosa) is a member of the Asteraceae (Compositae) family and its names are legion including Spanish needles, beggarticks, demon spike grass, needle grass and as Stephen Harrod Buhner says, “*$%#*%!, and a lot of other names in hundreds of languages.  It appears to grow everywhere and people either hate it or loathe it or both.”  There are other Bidens species that have historically been used medicinally and may be possible to use much like B. pilosa.  The entire plant is active but the leaves are the most potent part followed by the roots.  The fresh leaves and juice of the plant have been shown in studies to be the most antimicrobial.  Drying the plant reduces its action significantly.

Bidens pilosa is effective for over 19 bacterial species, viruses, and candida.  It can effectively treat E. coli, Herpes simplex 1 and 2, Salmonella, Neisseria gonorrhoeae, Entamoeba histolytica, Plasmodium, Mycobacterium tuberculosis, Staphylococcus epidermidis, Human cytomegalovirus and much more.  It is used to treat any systemic infection that is accompanied by problems in the mucous membranes especially chronic diarrhrea, dysentery, UTI, vaginitis and respiratory inflammation.  Systemic staph, malaria, babesia, leishmania and all of the other resistant organisms Bidens is active against are effectively treated.

For the full details on how to use these and many other systemic and local herbal antibiotics along with supportive herbs for the immune system to effectively fight drug resistant infections, get the remarkable book by Stephen Harrod Buhner, Herbal Antibiotics:  Natural Alternative For Treating Drug-Resistant Bacteria, 2nd Edition.