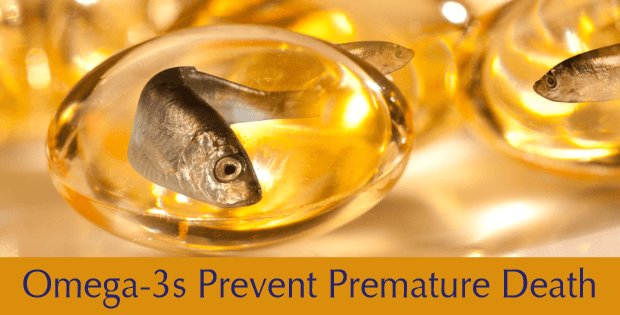 Most people fail to consume sufficient amounts of omega-3 fats, which makes omega-3 deficiency very likely the sixth biggest killer of Americans. This deficiency can cause or contribute to many serious mental and physical health problems.  Considering that omega-3 deficiency is a common underlying factor for cancer and heart disease, it is not surprising that statistics show that this deficiency may be responsible for nearly 100,000 deaths every year.

Low concentrations of EPA and DHA result in an increased risk of death from all causes.  It also results in accelerated cognitive decline. Studies also suggest that regular intake of omega-3s may provide health benefits that short-term supplementation cannot.  Omega-3 improves health and prevents premature death from many diseases, including the following:  coronary heart disease and stroke, general brain function, including memory and Parkinson’s disease, rheumatoid arthritis, autoimmune disorders (e.g. lupus and nephropathy), Crohn’s disease, cancers of the breast, colon, and prostate, osteoporosis, and essential fatty acid deficiency in infancy which affects retinal and brain development.

Researchers have reported that men who consumed fish once or more each week, had a 50 percent lower risk of dying from a sudden cardiac event than did men who ate fish less than once a month.  Compared to statin drugs, both fish oil and krill oil are more efficient at normalizing and regulating cholesterol and triglyceride levels.  Studies have also shown that omega-3 fats prevent or counteract cardiac arrhythmias, prevent thrombosis or a blood clot within blood vessels, prevent fatty deposits and fibrosis of the inner layer of the arteries, and is a powerful anti-inflammatory and pain reliever.

Low levels of DHA have been linked with poorer reading, memory and behavioral problems in healthy school-age children. In a study published in the American Journal of Clinical Nutrition, children who consumed an omega-3 supplement as infants, scored higher on rule learning, vocabulary, and intelligence testing at ages 3 to 5.  Research has also shown that children with attention deficit hyperactivity disorder (ADHD) and related behavior or learning disabilities are more likely to have low omega-3 fat levels.  EPA and DHA keep the dopamine levels in the brain high, increase neuronal growth in the frontal cortex of the brain, and increase cerebral circulation.

A fetus must obtain all of its omega-3 fatty acids from its mother’s diet. A mother’s dietary intake and plasma concentrations of DHA directly influence the DHA level of the developing fetus, impacting the child’s brain and eye health. During pregnancy, the fetus is dependent on the omega-3 from the mother’s diet but once born, the baby will get all its omega-3 via breast milk. It is crucial to maintain an adequate omega-3 supply for children.  As soon as your child can safely swallow a capsule, they can start taking a high-quality krill oil supplement.

Omega-3 and omega-6 are both essential for human health. However, the typical American consumes far too many processed omega-6 fats while consuming very low omega-3 levels.  The ideal ratio of omega-6 to omega-3 fats is 1:1. Humans evolved over millions of years on this fatty acid ratio. The modern diet full of refined vegetable oils averages a ratio from 20:1 to 50:1.

Omega-6 is mainly coming from corn, soy, canola, safflower, and sunflower oils and dominates the US diet.  This encourages chronic inflammation and many scientists believe that an important reason for the high incidence of heart disease, hypertension, diabetes, obesity, premature aging, and some cancer forms today is this severe omega-3-omega-6 imbalance. 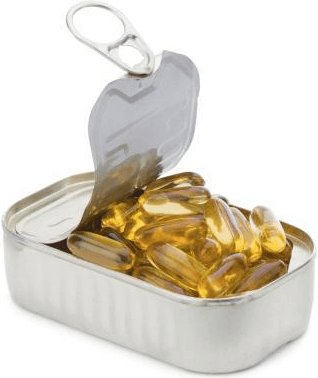 Omega-3 comes from both animal and plant sources.  Marine animals such as fish and krill provide eicosapentaenoic acid (EPA) and docosahexaenoic acid (DHA).  Flax seed, chia seed, hemp seeed, walnuts and a few other foods contain alpha-linoleic acid (ALA).  Most of the health benefits linked to omega-3 fats are linked to the animal-based EPA and DHA, not the plant-based ALA.  ALA is converted into EPA and DHA in your body at a very low rate, and only when there are sufficient enzymes.  The plant based omega-3s are fine to eat, but you will want to be sure to have fish, fish oil or krill oil to provide the animal forms.

In an unpolluted world, fish could provide all the omega-3s we need. Unfortunately, the vast majority of the fish supply is now heavily tainted with industrial toxins and pollutants, such as heavy metals, PCBs, and radioactive poisons.  The only real exceptions are wild-caught Alaskan salmon and very small fish like sardines. The highest concentrations of mercury are found in large carnivorous fish like tuna, sea bass, and marlin.

Independent testing has found that the average mercury concentration in canned tuna is far over the “safe limits” of the Environmental Protection Agency (EPA).  Farmed salmon contains only about half of the omega-3 levels of wild salmon. It may also harbor a range of contaminants, including environmental toxins, synthetic astaxanthin, and harmful metabolic byproducts and agri-chemical residues of GMO corn- and soy-based feed they are given.

Fish oil is an excellent way to enhance omega-3 fat intake. High-quality fish oils can certainly provide many health benefits but it is important to guard against oxidation of fish oil.  Another problem with fish oils are the digestive difficulties some experience when taking it. Burping the fish oil in an unpleasant way or having some type of indigestion are the main issues.  Life Extension Super Omega-3 EPA/DHA, Enteric Coated Softgels, 120-Count is a top quality fish oil with sesame lignans to guard against the lipid peroxidation that fish oil is easily subject to.  The enteric coating prevents the digestive disturbances, and it also contains standardized olive fruit extract, another powerful anti-oxidant.  (As an Amazon Associate I earn a small amount from qualifying purchases.) 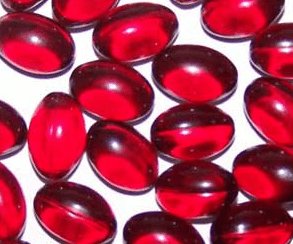 Krill oil has a rare marine-sourced flavonoid, astaxanthin, that creates a special bond with the EPA and DHA to make them more bio-available.  Astaxanthin increases krill oil’s antioxidant potency to 48 times higher than fish oil. Krill are small, shrimp-like creatures that are an important food source in Asia. Krill harvesting is completely sustainable. Krill are the largest biomass in the world and can be found in all oceans. Antarctic krill, by far the most abundant, is under the management of an international organization of 25 countries known as the Commission for the Conservation of Antarctic Marine Living Resources (CCAMLR).

Life Extension Super Omega-3 Plus EPA/DHA With Sesame Lignans, Olive Extract, Krill and Astaxanthin, 120 Count  is a broad spectrum of omega-3s and contains a potent concentration of fish oil, olive fruit, and sesame lignans, plus krill and astaxanthin.  Life Extension Krill Healthy Joint Formula Softgels, 30 Count is an excellent source of krill oil for daily use.