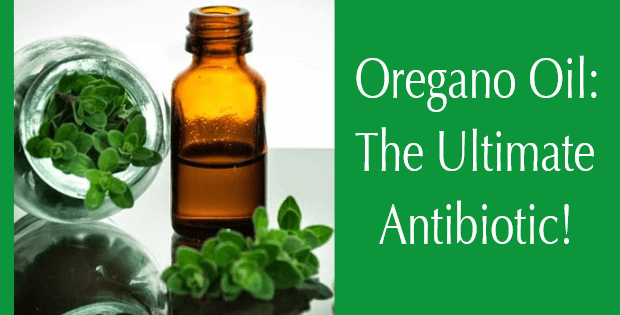 Why is Oregano Oil the
Ultimate Natural Antibiotic?

Oil of oregano contains two powerful compounds, carvacrol and thymol. These compounds have been proven in many hundreds of studies to have powerful anti-bacterial and anti-fungal properties.  Unlike broad spectrum chemical antibiotics, oregano oil does not cause the terrible side effects we all know such as causing antibiotic resistance, destroying good bacteria (probiotics), reducing vitamin absorption and damaging the digestive lining causing leaky gut.

The Wall Street Journal has reported on the increasing problems caused by over use of antibiotics:  “Overuse of antibiotics, and prescribing broad-spectrum drugs when they aren’t needed, can cause a range of problems. It can make the drugs less effective against the bacteria they are intended to treat by fostering the growth of antibiotic-resistant infections. And it can wipe out the body’s good bacteria (probiotics), which help digest food, produce vitamins and protect from infections, among other functions.  …studies also found that about 25% of the time antibiotics were being prescribed for conditions in which they have no use, such as viral infections.”

Research evaluating the anti-bacterial characteristics of oil of oregano showed significant anti-bacterial properties against all five species of harmful bacteria tested.  The highest antibiotic activity was observed against E. Coli, an important cause of food poisoning.  This suggests that oregano oil should be routinely used to promote gastrointestinal health.

Over 800 studies reference carvacrol in PubMed, the world’s #1 database for scientific evidence-based literature.  Carvacrol has been proven to reverse or reduce all types of infections including bacterial infections, fungal infections, parasites, viral infections, and candida over-growth in the gut.  Studies have also proven carvacrol’s healing powers for allergies and tumors as well as its anti-inflammatory abilities.

A member of the mint family (Labiatae) and originating in the Mediterranean, medicinal grade oregano is distilled to extract the essential oil of oregano and to preserve its healing compounds.  Just one pound of oregano oil requires over one thousand pounds of wild oregano to produce.  Oil of oregano has been used in folk medicine the world over for over 2,500 years.

Oil of oregano is strong medicine so be sure you are using a high quality product.  Physician’s Strength – 100% Wild Oil of Oregano 60 gels is a professional quality and strength product.  It is made from the original wild, handpicked, steam-distilled Mediterranean oregano. It is the only wild oregano that has been researched/tested by Georgetown University and other research facilities. Wild Oregano Oil™ is a powerful natural germ-killer and also boosts the immune system by increasing gamma interferon levels. (As an Amazon Associate I earn a small amount from qualifying purchases.) 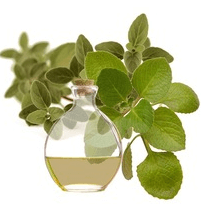 Learn more about the other health benefits of oregano oil below!

Oregano Oil is More Than Just An Antibiotic In a nutshell: Dozens of other studies confirm the fact that oregano oil can be used instead of harmful antibiotics for a number of health concerns. The rest of the research cited is supporting the fact that oregano is more than just an antibiotic. It’s the ultimate natural antibiotic! For instance, late last year, a study out of European Review for Medical and Pharmacological Sciences helped put the predominant phenol in oil of oregano in a league of its own. Shown to protect against methotrexate toxicity in rats, carvacrol was shown to prevent side effects to some of the world’s most dangerous drugs! Methotrexate (MTX) is a drug commonly used to treat a wide array of issues from cancer to rheumatoid arthritis. Well-known to have dangerous side effects, researchers from Turkey evaluated oil of oregano’s ability to keep these factors at bay because antioxidants and anti-inflammatory drugs have proven to be ineffective at providing full protection against MTX. By evaluating various markers in the sciatic nerve in mice, it was observed for the first time that carvacrol decreased the pro-inflammatory response in mice being treated by MTX. Being a relatively new concept in the research world, I expect to see more studies testing these results because “groundbreaking” doesn’t even begin to describe the significance of this study. In a similar way, researchers from the Netherlands have even shown that oregano oil can also “prevent bacterial overgrowth and colonization in the large intestine during oral iron therapy.” Used to treat iron deficiency anemia, oral iron therapy is well-known to cause a series of gastrointestinal issues like nausea, diarrhea, constipation, heartburn and vomiting.

Thanks to Dr. Axe for this important report.