Feel The Energy With Rhodiola 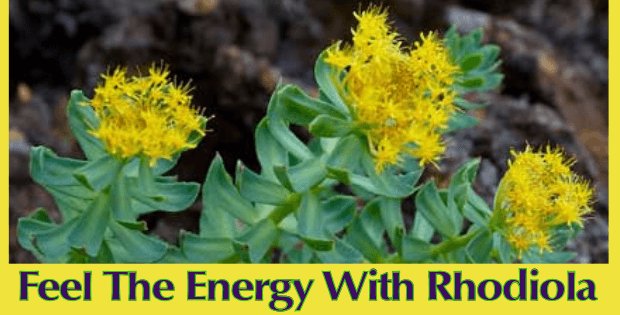 Rhodiola Is More Effective Than Zoloft

The University of Pennsylvania conducted a study comparing the effectiveness of Zoloft to the herb rhodiola rosea for major depression.  After testing 57 patients for 12 weeks with Zoloft, rhodiola or placebo, there was no statistical difference in the response between Zoloft and rhodiola.  The researchers stated that the reduced side effects experienced in the rhodiola group gave it a better cost/benefit ratio than Zoloft.  With all of rhodiola’s health benefits, it is clearly better than Zoloft.

Other studies are indicating that Zoloft and other SSRI anti-depressants are no more effective than a placebo.  The Penn State researchers suggested that “herbal therapy may have the potential to help patients with depression who cannot tolerate conventional antidepressants due to side effects.”  How about those of us who prefer to avoid any side effects or chemical drugs?  Unlike Zoloft and other SSRIs, rhodiola has many health benefits particularly in increasing energy and work tolerance.  As a well known tonic herb, it has been used to treat infections, anemia, stomach upset, and depression.  Other studies have shown that rhodiola relieves mental fatigue.

It is believed that rhodiola enhances the body’s tolerance to stress by influencing key brain chemicals, such as serotonin and norepinephrine, and natural feel-good opioids such as beta-endorphins.  In one study, a low dose (170 mg/day) of a Rhodiola rosea extract was given to 56 young physicians on night call, when there is notable decrease in physical and mental performance. Using measures of cognitive and memory function, such as associative thinking, short-term memory, calculation, and speed of audiovisual perception, the researchers found a statistically significant reduction of stress-induced fatigue after just two weeks of supplementation with rhodiola. No side effects of rhodiola were reported.

Rhodiola also helps improve exercise performance in humans. In an interesting study, healthy young adults who consumed 200 mg of rhodiola extract one hour before exercise significantly increased their capacity for endurance exercise.  As well as increasing energy for exercise, rhodiola also helps protect muscle tissue during exercise. This effect was seen in a study of healthy untrained volunteers after exhausting exercise.  Rhodiola extract reduced levels of C-reactive protein, an inflammatory marker, and creatinine kinase, a marker of muscle damage.

The average dose of Rhodiola rosea is between 200 mg and 400 mg per day of an extract that is standardized to contain rosavins and salidrosides in a 3:1 ratio. This mimics the ratio of these compounds that are naturally occurring in rhodiola. Purchasing only Rhodiola rosea is important, as it is this species of rhodiola that has been the predominant subject of phytochemical, animal, and human studies. Gaia Herbs Rhodiola Rosea Capsules, 120 Count is a professional quality rhodiola that is ecologically harvested from the pristine alpine meadows of Siberia.  (As an Amazon Associate I earn a small amount from qualifying purchases.)

Will doctors ever opt for an herb over a drug for depressed patients?  It may sound unlikely but researchers from the University of Pennsylvania think they should consider it.

A diagnosis of MDD means a patient exhibited two or more major depressive episodes, depressed mood and/or loss of interest or pleasure in life activities for at least 2 weeks.  In addition, they show signs of significant unintentional weight loss or gain, insomnia or sleeping too much, fatigue, diminished ability to think or concentrate, and recurrent thoughts of death.

The study looked at 57 adults diagnosed with major depressive disorder. The patients received treatments of either rhodiola rosea extract, sertraline, or placebo.

Thanks to Margie King at Green Med Info for this important article. For more details continue reading…