Calm Down With Valerian 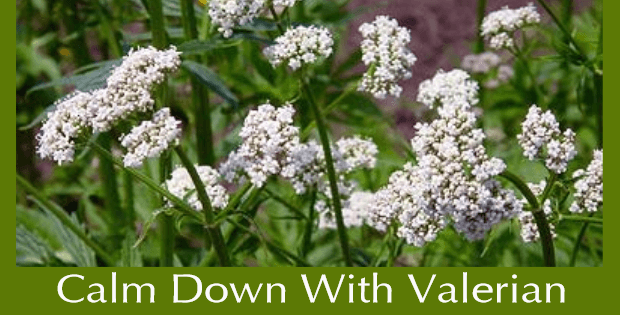 Difficulty sleeping affects millions of people and the pharmaceutical industry has made billions developing drugs to deal with the problem.  But in many cases, herbal sleep aids and tranquilizers can be as effective as the powerful prescription sedatives such as valium, ativan and other addictive drugs.

Valerian has long been known for its ability to relax the central nervous system and the smooth muscle groups. It has been used as a sleeping aid for hundreds of years.  Its sedative qualities are especially effective when there is excitation or difficulty in falling  asleep due to nervousness. Over 120 chemical components are found in valerian and it has no negative side effects with moderate use.  It is used to promote healthy sleep in many European Countries, North America, and many other countries.

Preparations of the fluid extract from the valerian rhizome was official in the United States Pharmacopeia from 1820-1936 and in the National Formulary from 1888-1946. It is included in the World Health Organizations monographs on herbs as well as the German Comission E Monographs.

Valerian is calming yet not too sedative and it is not addictive.  The sedative effect is due to valepotriate and isovaleric acid.  Double-blind studies have demonstrated that valerian extract can significantly reduce the amount of time it takes people to fall asleep without changing the normal stages of sleep.  Research has shown a mild hypnotic action in both normal sleepers and insomniacs. Valerian does not impair driving ability and produces no morning hangover effect. It is a gentle relaxant and an effective sleep aid.

Studies found a beneficial effect on sleep latency, wake-time after sleep, frequency of waking, nocturnal motor activity, inner restlessness and tension, and quality of sleep. Sleepiness and dream recall the morning after were unaffected. The valepotriates have a regulatory effect on the autonomic nervous system and research suggests that they have a calming effect on agitated people, but are also a mild stimulant in cases of fatigue.

Valerian (Valeriana officialis ) is a perennial flower that is native to parts of Europe and Asia, although it has long been grown in the United States.  The plant was used as a fragrance about 500 years ago, but its medicinal benefits have also been well known for centuries.  Valerian has been considered a “heal all” and the essential oil has dozens of different applications.

Valerian can be used as an herbal extract for its calming and sleep promoting abilities.  For a professional quality valerian extract, Gaia Herbs Valerian Root Liquid Phyto-Capsules, 60 Count is an excellent and effective choice.  Valerian essential oil has many of the same benefits along with many other applications. Valerian 100% Pure, Best Therapeutic Grade Essential Oil – 10ml is a top quality, effective essential oil.  (As an Amazon Associate I earn a small amount from qualifying purchases.) 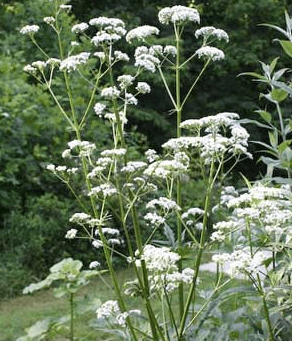 Learn more about the many uses of valerian essential oil below!

Sleep Disorders: One of the oldest and most studied benefits of valerian essential oil is its ability to cure insomnia and improve the quality of sleep. Its many active components coordinate an ideal release of hormones and balances the body’s cycles to stimulate restful, thorough, undisturbed sleep. This has been one of the main uses of valerian root since ancient times.

Anxiety and Depression: This is somewhat related to the previous point about sleep disorders, but valerian essential oil is also widely used to improve mood and reduce anxiety. The same mechanism of action that enables healthy sleep also help to reduce the negative energy and chemicals in the body that can induce anxiety and stress. These stress hormones can be dangerous when chronically in the body, so valerian essential oil can help you rebalance your body and increase your peace and calm.

Stomach Issues: When you have an upset stomach, many people turn to pharmaceutical solutions, but natural solutions are often best for gastrointestinal problems. Valerian essential oil can quickly ease upset stomachs and induce healthy bowel movements and urination. This can help to detoxify the body and improve the nutrient absorption of the gastrointestinal tract, thereby improving health in numerous ways.

Heart Palpitations: Valerian essential oil has been directly linked to a lower occurrence of heart palpitations in certain study subjects. The volatile compounds in this essential oil interact with the acids and oils in your heart to stimulate a more normal metabolic rate and calm down erratic behavior of your cardiovascular system.

Protect the Skin: In terms of maintaining your skin health, topical or internal application of valerian essential oil can be an unexpected ally. Valerian essential oil is able to infuse the skin with a healthy blend of protective oils that protect against the development of wrinkles and also functions as an antiviral barrier that helps keep you healthy.

Blood Pressure: The same active ingredients that make valerian root so helpful for stress and anxiety also help the body regulate its blood pressure. High blood pressure can cause unnecessary strain on the cardiovascular system and increase the chances of strokes and heart attacks. Valerian essential oil can naturally reduce these risks through internal consumption.