Mints Are For Medicine 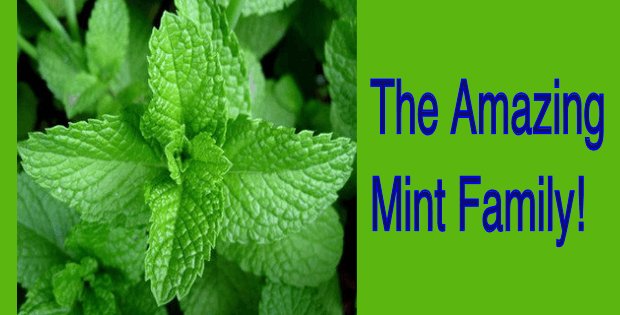 The Mint Family of Herbs
Contains Thousands of Plants

The mint family contains some of the best loved and most widely used herbal plants in the world. It is a long list which includes:  lavender, catnip, oregano, sage, rosemary, thyme, basil,  lemon balm, bee balm, hyssop, motherwort, marjoram, skullcap, holy basil, self heal, hore-hound, clary sage and savory along with the many varieties of mints, such as peppermint, spearmint, apple mint, chocolate mint, and pineapple mint. These plants are all used for a multitude of culinary, aromatherapy, and medicinal purposes.

The mint family, Lamiaceae, has over 200 genera and 7000 species.  The most obvious characteristic of any plant from the mint family is the square stems that nearly every one of them has.  There are a few exceptions but most mint type plants will have them.  They also have opposing leaves that alternate in direction along the stems and a strong aromatic fragrance.

Those fragrances actually change our mental and physical state as we inhale them.  They travel directly to the limbic system which controls emotions and will relax smooth muscles in the lungs and blood vessels in the gut relieving stress and tension.  These same volatile oils are antibiotic, anti-viral and anti-fungal and help everything from colds and flu to cold sores and more.

The compounds of peppermint oil reduce spasms of the colon and intestinal tract.  Peppermint also contains substances called thymol and eugenol which balance both oral and intestinal flora and reduces fermentation of undigested food.

The antispasmodic action that makes peppermint oil useful in soothing menstrual cramps has also proven to effectively treat IBS. In a 1996 German double-blind, placebo-controlled trial, 45 subjects with IBS were treated with a combination of peppermint and caraway oils (90 mg to 50 mg) given as enteric-coated capsules. IBS pain symptoms, which were reported as being moderate to severe, significantly improved in 89.5 percent of the test group. (Siegel-Maier, Karyn; Peppermint: More Than Just Another Pretty Flavor!)

Ginger and fennel are an excellent combination with peppermint oil for digestive or abdominal pain. NOW Foods Peppermint Gels with Ginger & Fennel Oils, 90 Softgels are an effective option for menstrual cramps, digestive pain and IBS.  (As an Amazon Associate I earn a small amount from qualifying purchases.) 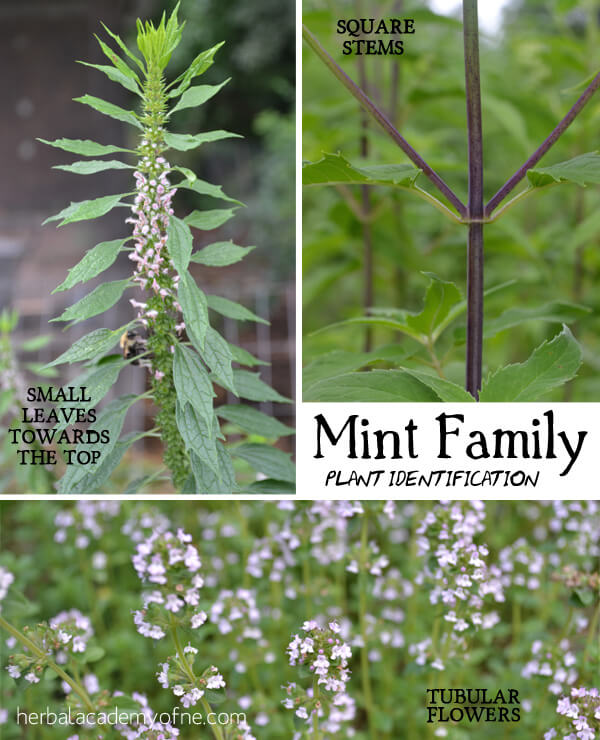 Find out how to use these amazing plants!

So how do they do it? The answer is in the volatile oils. These plants contain volatile oils such as menthol, thymol, citronellal, limonene, camphor, carvacrol, and linalool, to name a few. Anti-microbial actions aside (we’ll get to that), the primary action of volatile oils is to relax tension and spasm in our internal organs. Our powerful sense of smell is directly connected to the limbic system of the brain, which governs emotion and memory. When we catch the scent of an aromatic plant, nerve endings are stimulated to send impulses to the limbic system and to structures that manage stress in our internal organs; once the volatile oils enter our blood, they relax smooth muscles in the airways and circulatory tissues in the intestines, relieving tension and restoring balance (Masé, 2013). As for the nervine effects, the balanced state created in our internal organs is reflected in our emotional state by a feeling of “being in the flow” or feeling a sense of harmony. Masé (2013) postulates that this is most likely because new smells signify a changing environment and act as a wake up call of sorts, allowing us to move from a stressful state to a calmer state.

As for the antimicrobial action of mint family plants — in short, their volatile oils are great for killing microorganisms, from bacteria and viruses to fungi. In the Middle Ages, aromatics were used as strewing herbs in households during times of sickness and plague to combat ‘evil’, aka microorganisms. And then there’s the infamous legend of the Four Thieves, in which four brothers who set to work robbing graves during the Bubonic Plague purportedly used a blend of essential oils (including lavender, rosemary, and peppermint) to protect themselves from infection. Modern day scientific research substantiates the antimicrobial action of plants in the mint family for such ailments as colds, influenza, upper respiratory infections, bronchitis, pneumonia, and herpes simplex (cold sores), just to name a few.

Thanks to Jane Metzger at Herbal Academy of New England for this informative report. Continue reading for some great recipes!