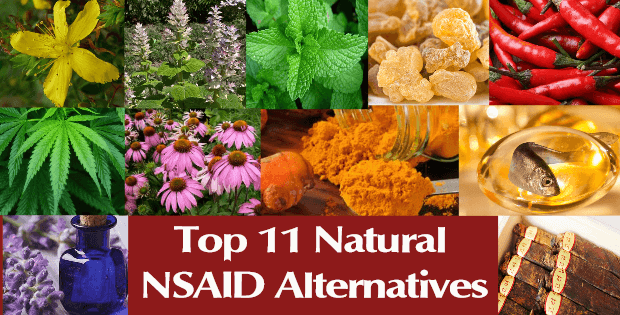 Instead of Toxic Side-Effects,
They Have Health Effects!

In May 2013, the results of a large international study into non-steroidal anti-inflammatory drugs (NSAIDs) showed that taking high doses of them increase the risk of a heart attack, stroke or dying from cardiovascular disease by about 33%.  Long-term, high-dose use of painkillers such as ibuprofen or diclofenac is “equally hazardous” in terms of heart attack risk as taking the painkiller, Vioxx.  Vioxx was taken off the market due to the nearly 30,000 excess cases of heart attacks and sudden cardiac death caused by the drug between 1999-2003.

This puts the heart risks of generic, over-the-counter NSAIDs about the same as the newer class of NSAIDs known as COX-2 inhibitors or coxibs, which includes Vioxx. Other drugs in the coxib class include cerecoxib, sold by Pfizer under the brand name Celebrex, and etoricoxib, sold by Merck under the brand name Arcoxia.  Ibuprofen and most other NSAIDs elevate cardiovascular disease risk and mortality.  Cardiovascular disease and cardiac mortality score the highest on the list of over 100 unintended adverse health effects associated with NSAID use.  Ibuprofen has also been linked with over two dozen serious adverse health effects, including: anemia, DNA damage, hearing loss, high blood pressure, influenza deaths, and miscarriage.

The Modern Way of Life is Painful

Chronic inflammation and chronic pain are becoming more and more common in industrialized countries. Lifestyle factors and environmental factors are creating these pro-inflammatory conditions through the modern processed diet, stress, and a vast amount of environmental chemical exposures.  Tissue injury, infections, and free-radical damage are all possible initiators of chronic inflammation. Stress can cause inflammation that once started, can persist for years or even decades.

To become truly pain free, a willingness to investigate these issues and make effective changes, such as removing gluten, sugar, chemicals and pesticides from the diet, and avoiding toxic chemicals in the home and on the skin is essential. These lifestyle changes take time and the years of chronic inflammation will still need to be addressed and healed.

Luckily, we have many effective choices for alternatives to life threatening and toxic pharmaceutical pain-killers.  For many, just one of these natural anti-inflammatory and pain relieving remedies will be all that’s needed for significant pain relief even with a less than ideal diet or life-style.

For others, an organic diet free of food allergens and toxic pesticide residues, and avoidance of inflammatory substances such as a high intake of sugar, along with attention to stress will be needed for the greatest natural relief from chronic pain and inflammation.

Even if only part of the pain can be improved naturally, it will still result in a much lower dose of any pain killing pharmaceuticals, and greatly reduced side effects and health risks associated with their use.  As improved diet and natural therapies take effect, even tough cases can eventually eliminate the need for drugs. 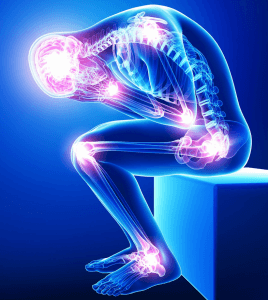 The Eleven Most Effective Natural
Inflammation and Pain Relievers

All of these natural pain relievers are also powerful health promoters for body and mind.   Instead of toxic, life threatening side-effects, they all have health effects. Herbs and other natural therapies work on the whole body, not just one symptom, so you might choose one or more that address not only pain, but other health concerns at the same time.

Increasing strength and endurance, calming the mind and improving sleep, balancing hormones, boosting the immune system, fighting cancer and infections, the list of health effects goes on and on.  Addressing pain naturally has so many benefits that everyone should learn how to work with this important body signal in ways that promote health instead of just dulling pain sensations.  That is real relief!

Click on any of the headings below for a more in depth understanding of the many health benefits of each of these powerful healers.

Ginger and turmeric are both effective anti-inflammatory herbs.  Gingerols in ginger and curcumin in turmeric are powerful anti-inflammatory compounds which are COX 1 and 2 inhibitors.  But they also block multiple pathways of the inflammation signalling process, including the LOX enzyme and leukotrienes, which makes them more effective than common anti-inflammatory drugs. They relieve pain due to rheumatoid or osteoarthritis and can decrease joint pain and increase flexibility and mobility. They are also effective for relieving the pain and inflammation of some digestive disorders like ulcerative colitis.  A 2009 study found that ginger capsules (250 mg, four times daily) were as effective as the drugs mefenamic acid and ibuprofen for relieving pain in women associated with their menstrual cycle.  You can take these herbs separately or together in a capsule form or as a spicy tea to enjoy daily.

The typical American consumes far too many processed, inflammatory omega-6 fats while consuming very low anti-inflammatory omega-3 levels.  The ideal ratio of omega-6 to omega-3 fats is 1:1. The modern diet full of refined vegetable oils averages a ratio from 20:1 to 50:1. This encourages chronic inflammation, and many scientists believe that an important reason for the high incidence of heart disease, hypertension, diabetes, obesity, premature aging, and some cancer forms today is this severe omega-3-omega-6 imbalance.  A 2006 human study found that omega-3 fatty acids (between 1200-2400 mg daily) were as effective as ibuprofen in reducing arthritis pain.

Also known as Frankincense, the gum resin or extract works as an anti-inflammatory and pain-killer. It works against inflammation by ‘disabling’ white blood cells that would cause swelling, and also helps shrink tissue that has already become inflamed and painful.  Recent research has shown that Boswellia’s anti-inflammatory actions may exceed those of the NSAIDs.  They have a broader spectrum of actions and influence a much wider range of inflammation-producing processes with none of the dangerous side effects seen with long-terms NSAID use.  Boswellia extracts have been used for thousands of years to treat a wide range of conditions caused by inflammation.

Capsaicin, a major constituent of cayenne peppers, reduces the amount of substance P, a chemical that carries pain messages to the brain. Cayenne is used topically to relieve many different types of pain, including shingles, migraine headaches, back aches, menstrual cramps and other aches and pains. Studies have shown that cayenne pepper relieves pain after surgery. It also alleviates pain from nerve damage in the feet or legs from diabetes (diabetic neuropathy), lower back injuries, osteoarthritis and rheumatoid arthritis, as well as fibromyalgia pain.  To get cayenne’s famous pain relief, nothing works like a capsaicin cream.

The compounds of peppermint oil reduce spasms of the colon and intestinal tract. Peppermint also contains substances called thymol and eugenol which balance both oral and intestinal flora and reduces fermentation of undigested food.  The antispasmodic action that makes peppermint oil useful in soothing menstrual cramps has also proven to effectively treat IBS.  In a 1996 German double-blind, placebo-controlled trial, 45 subjects with IBS were treated with a combination of peppermint and caraway oils (90 mg to 50 mg) given as enteric-coated capsules.  IBS pain symptoms, which were reported as being moderate to severe, significantly improved in 89.5 percent of the test group.

St. John’s Wort is a powerful anti-oxidant and this certainly contributes to its many health benefits.  Free radical damage to the tissues is a major contributor to inflammation and pain. It helps chronic pain such as diabetic neuropathy and migraine headaches better than many pain killing drugs.  A 2004 animal study found that St. John’s wort was twice as effective as ibuprofen as a pain-killer.  Many studies have shown it to be as effective as anti-depressant drugs including tricyclic anti-depressants and SSRI anti-depressants. It is certainly safer than any chemical medication and does not result in dependency.  Studies have also verified its effectiveness for anxiety and stress.

The brain’s endocannabinoid neuromodulatory system is involved in a great many physiological functions related to pain.  The National Pain Foundation conducted a study comparing Savella, Lyrica and Cymbalta, the top 3 FDA approved drugs currently prescribed by physicians for fibromyalgia pain, with cannabis. Over 60 percent of the 1300 patients who participated in the study did not receive any pain relief at all from the medications.  However, 62 percent of the patients reported cannabis was “very effective” at relieving their pain and 33 percent reported that cannabis offered them mild to moderate pain relief.  Cannabis has demonstrated health benefits for many conditions including pain and insomnia, degenerative neurological disorders, dystonia, and tremor, multiple sclerosis and other autoimmune issues, Parkinson’s disease, cancers of numerous types, seizure disorders, rheumatoid arthritis, heart disease, autism, obesity, nausea, vomiting, and lack of appetite.

Clary sage oil is a natural sedative and calms the nervous system.  Studies have shown it to promote relaxation during childbirth and ease the pain of labor.  It contains high levels of esters that help relax muscular spasms and improves pain related to stress and nervous tension.  It improves menstrual pain, improves PMS and regulates the menstrual cycle.  At the same time, it also helps hot flashes and other menopausal disturbances. The Journal of Phytotherapy Research published a study showing that inhalation of clary sage oil reduces cortisol by 36 percent.

The oldest Native American use for echinacea was as a painkiller.  It has been shown by the University of British Columbia that when consumed regularly echinacea effectively reverses and alleviates various types of inflammation.  Echinacea is recommended for all types of chronic inflammation including rheumatoid arthritis.  Native Americans used it for bowel pain, headaches, pain due to herpes infections, pain related to gonorrhea and measles, sore throats, tonsillitis and toothaches.  Given echinacea’s powerful benefits for infections, colds and flu, it is not surprising that it relieves the pain associated with infections of many kinds.

Fifty people undergoing breast biopsy surgery received either oxygen supplemented with lavender oil or oxygen alone. People in the lavender group reported better pain control than people in the control group.  Lavender can help people who suffer from agitation related to dementia. Lavender also helps with depression symptoms and with painful and inflammatory conditions including migraines and joint pain.  Lavender oil is a more powerful anti-oxidant than Vitamin C.

Ginseng will raise low blood pressure in hypotension or shock, but will also lower it in cases of hypertension.  It will normalize white blood cell counts whether they are high or low.  It allows the body to recover rapidly from the effects of toxicity and has powerful anti-fatigue effects.  Many experiments have demonstrated its powerful ability to improve concentration, learning and mental focus due to its mentally energizing properties.  Ginseng is not a stimulant like caffeine, yet it increases alertness.  A 2008 animal study found that panax ginseng had analgesic and anti-inflammatory activity similar to ibuprofen, indicating its pain relieving properties.